Lessons from Mahabharata: Envy – I 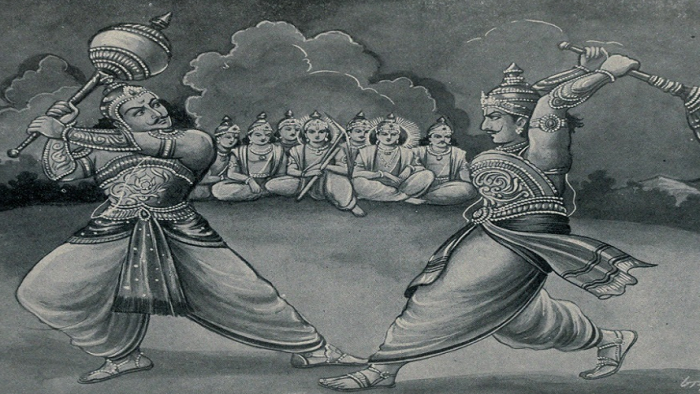 That Duryodhana was driven by envy is known to all. He is also perhaps the best known example of an envious man in the entire epic. His whole life was one long, never ending, rage against his cousins, the Pandavas, who he thought had the better of everything – whether the palace at Indraprastha, whether a beautiful wife in Droupadi, whether in riches, his own “ordinary prosperity” never pleased him, was never enough. That much is well known. What is also known is that if Duryodhana’s envy was like a forest fire, it was Shakuni, his maternal uncle, that kept that fire burning. And we also know that Dhritarashtra, Duryodhana’s blind father was blind to every single fault of his son, turning a literal and figurative blind eye to his son’s faults.

But what about Gandhari? When Pandu was living the life of forced bachelorhood, in mortal fear of Sage Kimdama’s curse, he turned to his wife Kunti to beget sons. Kunti had Sage Durvasa’s mantra that she used to summon Yama, who begat Yudhishtra. Yudhishtra thus became the eldest Pandava. That is not strictly true, since Karna had been born some time back, but since no one but Kunti knew that secret, and because the poor little baby that was Karna  had been cast away in the river, for all practical purposes it was Yudhishtra who would be considered the eldest Pandava.

Meanwhile Gandhari had also been pregnant, but for inexplicable reasons had not given birth. When she heard news of Yudhishtra’s birth, she flew into a rage. A rage of frustration, anger, and envy. Envy because she knew that the rights of the eldest prince, Yudhishtra, would mean that his claim to the throne of Hasitnapura would be foremost. That fit of rage and envy caused her to strike her belly, and she aborted a lump of flesh. From that aborted lump of flesh were born a hundred Kaurava brothers and one sister. The hundred and first lump became Duhshala, who would go on to marry Jayadratha, and that is another story in itself. Gandhari’s envy, literally and figuratively, gave birth to the Kauravas. 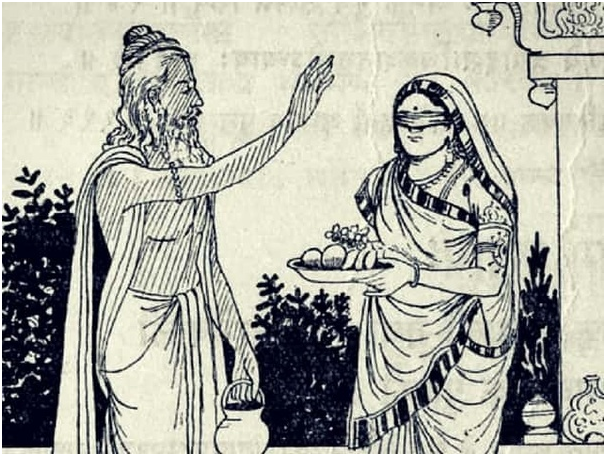 What about Kadru and Vinata? There is a tale of multiple episodes of envy there! The two were the wives of sage Kashyapa. Upon being asked by Kashyapa, Kadru asked for a thousand nagas as sons, while Vinata asked for two sons, “greater than Kadru’s sons in strength, form, energy and valour.” Rivalry between the two, and the envy race had started in earnest! While Kadru’s snake sons were born in due course, Vinata’s two eggs did not hatch, despite the passage of a long time. Does that sound familiar? So Vinata broke open one egg, from which emerged a half-formed son, Aruna. He cursed Vinata to become a slave of Kadru, of “ the woman you sought to equal“. We know that Vinata would go on to become Kadru’s slave, losing a bet after Kadru cheated. It would be Vinata’s second son, Garuda, who would eventually free his mother.  By the way, Aruna rose into the sky and became the sun god, Surya’s, charioteer, and is also the red sky of dawn that signals the rising of the sun.

But the story does not quite end there. Who was Takshaka, I ask. Takshaka was one of Kadru’s sons. Why should it matter? Because, wasn’t it Takshaka who would go on to bite Parikshit to death? Who was Parikshit? He was Abhimanyu’s posthumous son, born to Uttaraa and revived by Krishna after Ashwatthama’s divine weapon had killed him in his mother’s womb. Wasn’t it Parikshit’s son, Janamejaya, who took it upon himself to avenge his father’s death and to kill all snakes at the Sarpa Satra, and where the Mahabharata would be recited by Vaishampayana at his guru, Vyasa’s, instruction – “Relate in full, exactly as you had heard it from me, the account of the ancient quarrel between the Kurus and the Pandavas.” 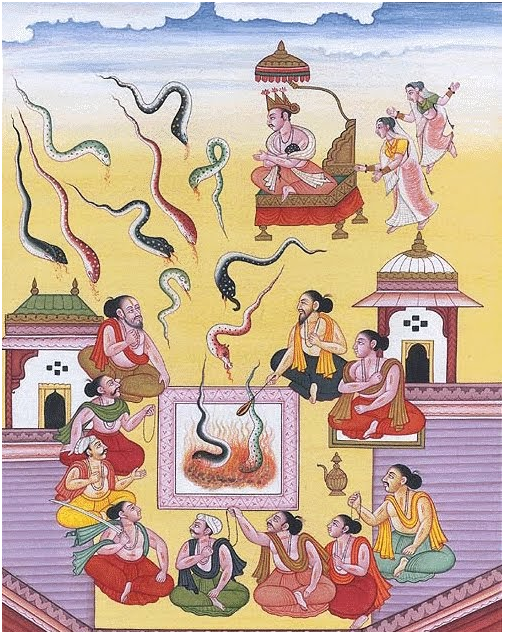 But I left out one important factoid from this story of envy. Why did Takshaka go bite Parikshit? If you know your Mahabharata, you will guess, and correctly so, that it was because of a curse! Where does envy come in to the picture? Now, I will admit that this is a stretch, but bear with me. Once Parikshit was out on a hunt, and chasing a deer, he went deep into the forest, tired and thirsty. He came across sage Shamika’s hermitage and asked the sage about the deer. Shamika was on a vow of silence, and did not respond. An angry Parikshit placed a dead snake around Shamika’s neck and left. This was seen by one of Shamika’s son’s friends, Krisha. He promptly told Shringi what had happened. Whether he did so out of concern, or whether he was envious of Shringi’s pride, we can only speculate. We can infer, like I did, that envy played a role, by reading what Krisha told Shringi – “O Shringi! Do not be too proud. You are an ascetic of great powers. But your father has got a carcass around his shoulders. Sons of rishis like us are successful, have knowledge of the brahman and are immersed in asceticism. But you should keep quiet. Where are your powers, your proud words and your arrogance when you see your father carrying a carcass?” In any event, an enraged Shringi cursed Parikshit. Since the king had placed a dead snake around his father’s neck, Parikshit himself would die within seven days, bitten by none other than Takshaka, the king of snakes!

In the second part, I will take a look at more tales of envy from the Mahabharta.