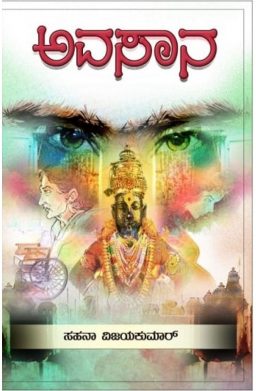 One of the noted authors of our times, Sahana Vijayakumar has brought out a new book- ‘Avasana’. Sahana happens to be a data scientist, which explains the consistency in her writings, and deep research that backs it. She is a young writer with a great understanding of Indian aesthetics and cultural ethos, and the tutelage of S. L. Bhyrappa.  Her previous works Kasheera and Kshame, as well as her columns in the leading newspapers are sufficient testimony for it.

‘Avasana’ isn’t just a novel, it’s an experience worth living through. What started merely as a new novel for me, actually left me enriched with genuine values and emotions. Let me warn you too- ‘You may need a few days to come out of the after-effects of ‘Avasana’; and if not careful enough, you may end up with an accident just like I did’.

Story is set in Sholapur, around the life of a hardworking, progressive entrepreneur Vishal. Vishal has harbored hatred for his father (Baba) since his childhood. Unfortunately, the Baba becomes paralytic, and loses mental balance; which makes him create a lot of nonsense through his actions and noises. Caught in this web are other family members, and more importantly Aai (Vishal’s mother) who is challenged with financial dependency on her son, the son still hates her husband.

Also central to story is Satya, a family friend and a critical resource in Vishal’s company. Satya is born to a sex worker in Kamathipura (Mumbai), but luckily nurtured in an Ashram where he studied. Satya, true to his name, carries the very essence of truth.

With his ingrained compassionate nature, Satya manages to bring a lot of love and care to the life of Aai and Baba, which Vishal dissents because of jealousy. With these characters and their interaction, the story takes us through the intricacies of helplessness, anger, dependency, despair, hope, and more importantly, the core values of life like authenticity and integrity. 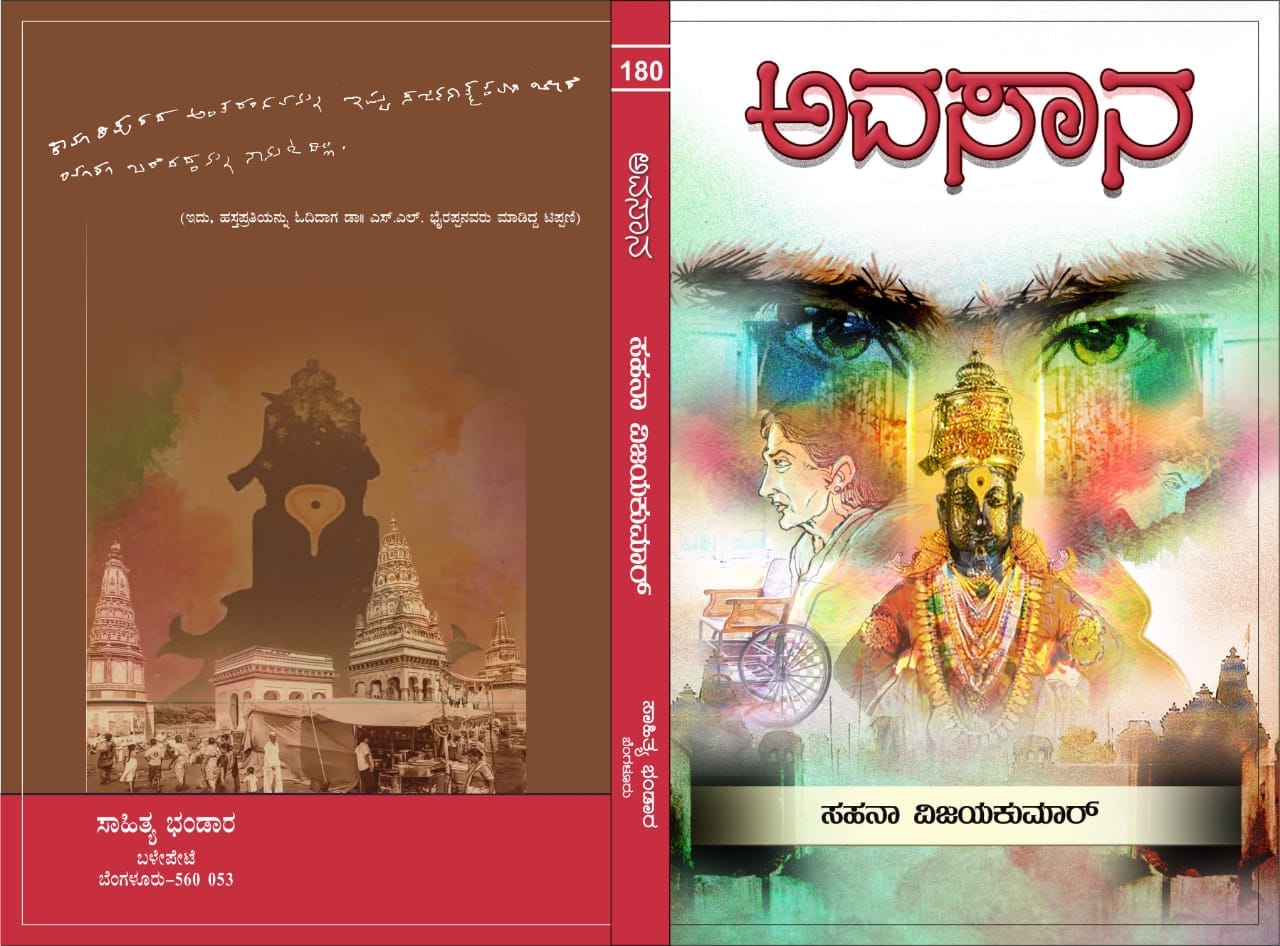 Best part of the novel is its structure and new form of constructing scenes. Sahana constructs moods through sounds; the varying pitch of Baba’s painful cry/ noise that incites tension, varying noises in Kamathipura that represent fear and pain, and bhajans that keeps bringing back peace and happiness.

They help the reader live each of those moments with the characters, and join them as they traverse through their life.  Language and pacing of these sounds are so perfect; ‘Avasana’ feels like an audio-visual, rather than remaining a mere written word.

Characterization is another strong point. Her characters depict different aesthetic dimensions of Sanatana Dharma– Satya, for instance, represents Satyakama Jabali; who considers truth as the most important virtue. The novel makes you repeatedly ponder on what is truth, and how much of it can be kept under garb, for it to still remain a truth.

‘Avasana’ explores Karma Yoga of Bhagavadgita on the backdrop of Ashram. It also explores tenets of value of self, and how it drives all our actions. Each of these values are represented by characters themselves offering a fresh approach to understanding Dharma.

The novel also uses various geographical spaces in different scenes very smartly. Layouts of home, Kamathipura, Ashram, or even the road from house to an old age home, do not remain mere spaces, but cast an impression like a characters does.

The life in Kamathipura is portrayed well. While there are lot of stories and books being written on the hardships of sex workers; there is hardly anything written on their normal life beyond nights. There may not be another novel which has dealt with the realities of Kamathipura the way Sahana has done. Problems of rescued workers and their preference to go back to Kamathipura, really makes one wonder- which world is actually cruel? Is it one in Kamathipura or the one outside?

Challenges of an entrepreneur, especially upcoming, when the professional life gets entangled with personal life, is an undercurrent most entrepreneurs can connect with. It is perhaps a reality of several SMEs in India, which was never written about. May be, the author can expand it into another novel.

The other USP is the location where the story is set. Had it been set anywhere else, than this small town in Maharashtra, the story would have lost most of its charm. It has everything that Maharashtra stands for, its social, cultural, and spiritual richness, alongside the material successes.  I hope that the book gets translated to Marathi very soon, and make us realize as to how well an author can transcend geographical constraints.

A unique feature of the narrative is the recurrent motif of contradictions. The story is built through contradictions without discretely talking about them. The daughter-in-law, who had once opposed the mother-in-law for sacrificing her son for her husband, ends up doing the same as her. Or the contrast between the woman who motivates another woman to leave her family and join the old-age home, ends up falling back into the emotional trap of her own.

Another case is that of a man who tolerates all the hardships hurled at him by his stepmother, with an undeniable craving for a mother; but fails to become a good father to his own son. Or the extreme opposites of a man wanting to get rid of his father, and another man desperately searching for one. The most striking is the social worker who tolerates sexual predators for the larger purpose of helping and rescuing sexual workers, and a sexual worker who cannot withstand the cruel predators in the society, and decides to go back to the safer world of Kamathipura instead.

Readers of Bhyrappa cannot help but see him all over the novel, in the quest for fundamental source of all happiness/ values (akarshaneya muladravya), or in the names of characters, or in the way the novel has been constructed, with more focus on rasa pariposha, than on the story, as also in the unexpected ending.

Fans of Bhyrappa will surely find a ray of hope in Sahana, after he has indicated a probable ‘lekhana-sannyasa’. (Millions of his fans like me still hope, that he is completely wrong this time.) There are slight differences too. Sahana’s characters here are positive, and they stay positive, unlike in Bhyrappa’s compositions. Also, there is remarkable consistency in the way any of her given character behaves, which is very much different from Bhyrappa’s characters.

Though on one hand, it marks the end of something; every avasana also indicates a new beginning. This ‘Avasana’ by Sahana Vijaykumar surely has the potential to become a landmark. I also hope that it brings avasana to all feminist misplaced ideas- of what a female author can pen.

To purchase a copy of ‘Avasana’ for yourself, click here or here. 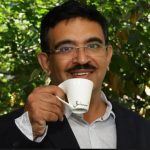 A VC & Technology Entrepreneur by profession. Runs Justbooks.in and Bonhomia amongst other ventures. Co-founded several tech ventures including TELiBrahma, Sensara, and MonkeyBox. Board memberRead more