The Agni Purana by Bibek Debroy

The Agni Purana is a tamasika purana which considered 8th in the list of Mahapuranas. It is not too long, it has fifteen and a half thousand shlokas. These shlokas are further divided into three hundred and eighty-three chapters. The Agni Purana is named thus as it was narrated by the fire god Agni. Vashishta narrated this Purana to Vedavyasa. Vedavyasa further narrated it to Suta who narrated it to some sages in the Namisharanya forest. This Purana has lots of information on rituals, omens, social norms, duties of a king, etc. There are very few stories and even those are in a summarized form. Apart from this, it also tells us about the ten avatars of Vishnu along with a short version of the Mahabharata. The duties of an ideal king are described as well.

Among the few stories in the text, I loved this one best. Do you ever wonder why the demons are called asuras?  Most of you know that during the churning of the ocean or the Amrita manthan many things came out. Things such as the Parijata tree, the horse Ucchaishrava and the elephant Airavata. Among these amazing things also came out the goddess Varuni. She was the goddess of wine or sura. The gods liked the wine and accepted her, so they were known as suras. The demons did not accept her, so they were known as asuras. I found this story interesting because it was the only one I hadn’t heard about before.

The Agni Purana also speaks about temples. Most of you may have visited a temple sometime or the other. But, have you ever thought of building one? If you have then you are blessed and have been forgiven for all the sins in your past hundred lives. If you build one temple you go to heaven. The more temples you build, the different heavens you can go to. Building sixteen temples frees you from being born again on Earth. You get more punya or merit if you build idols instead of temples. But to build idols you have to take care of lots of things like worship of the idol. It is easier to build temples than idols. 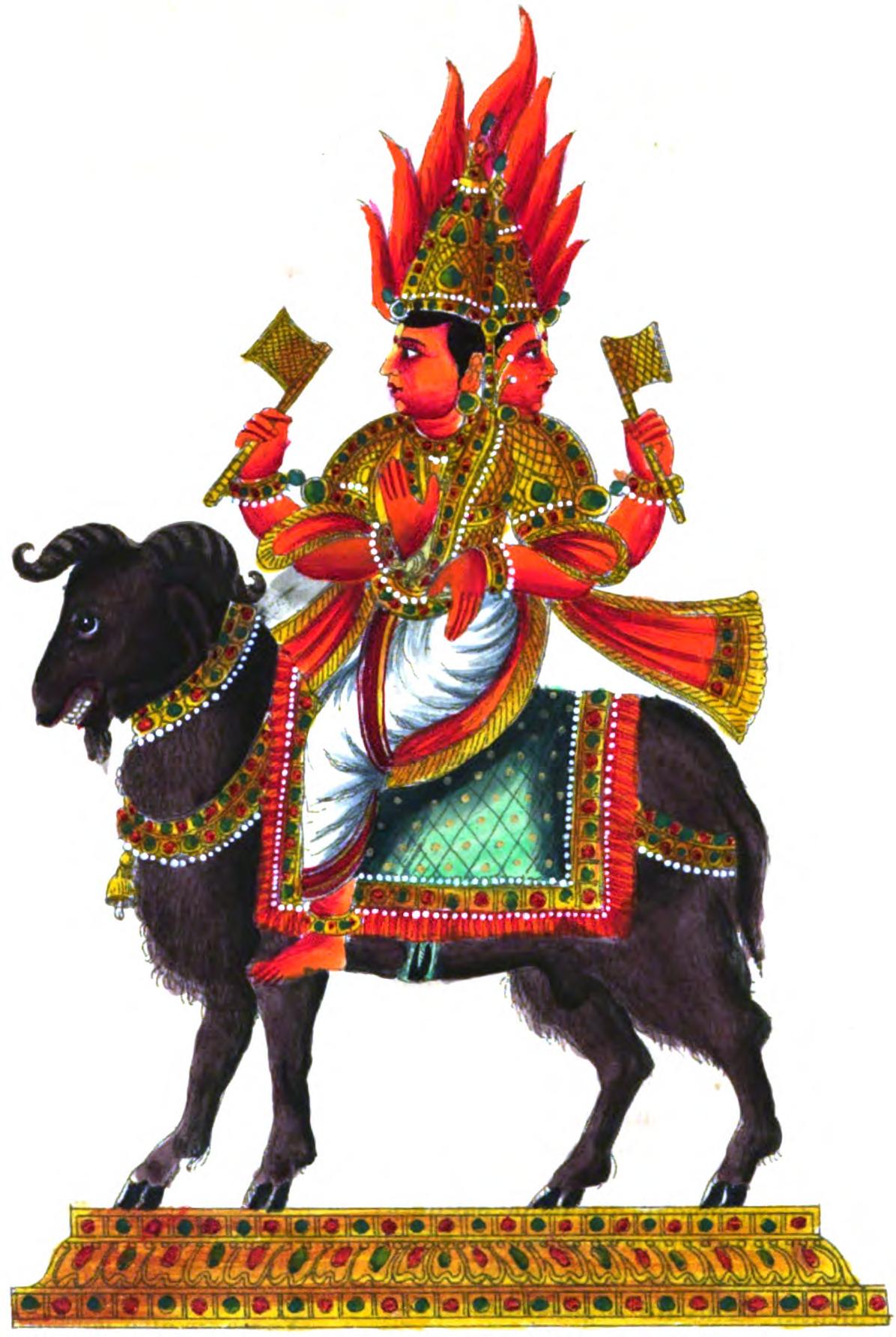 The last thing I would like to include is the Gayatri Mantra. For those who don’t know this mantra it is given below:

This is a very holy mantra. It is composed after the goddess Gayatri who is so holy that even Vishnu and Shiva worship her. She is in everybody’s heart in the form of a swan. If you recite this mantra 7 times all your sins are forgiven. If you chant it 10 times you attain heaven. Chanting it 20 times ensures you go to lokas better than heaven. If you chant it 108 times you are not born again and if you want to be forgiven from the most terrible sins you have to chant it 1000 times. So as per this Purana the Gayatri mantra is like building a temple because you are forgiven for your sins.

The Purana also talks about omens and dreams. Most of the dreams make sense. However, the strange thing is that if you dream of your head being cut off, or that you are dead or that your house has burnt down it is good. You are blessed, and your relatives increase in number. I found this very strange and weird as death is normally related to evil and bad things, so it was a shock to me when I read this.

The Purana also says that it is a good omen if you see clarified butter or curd before leaving for a journey. This seems practical and useful. At least now you know what to see before you start a journey, right?

The Agni Purana is so virtous that if it is kept in the house all the ill omens vanish and ghosts and thieves stay away from that house.When a recitation of the purana is heard, all the sins in a day are forgiven.