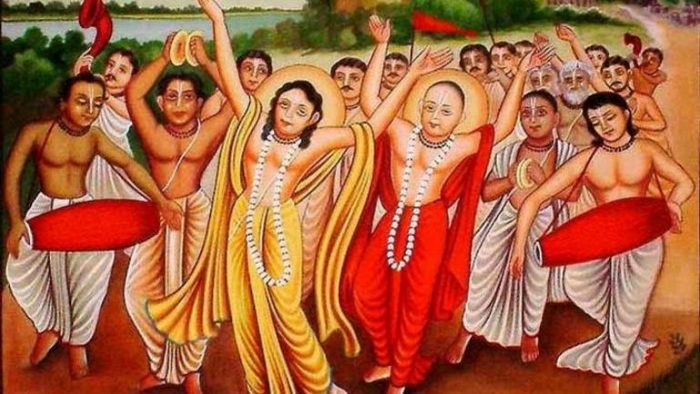 The galaxy of saint-poets is a bright feature of Indian culture. In the post-Śaṅkara period, with the rise of Nātha sampradāya and other spiritual cults, saints and mystics arose in various parts of India. They mingled with common people and had great concern for the masses. They accomplished the remarkable job of transmitting traditional wisdom to common people, making it simple to understand through the use of vernacular languages and dialects, relatable examples from daily life, and occasional satire and sarcasm in their literary compositions.

Philosophers and scholars think on the basis of reason and intellect; while personal spiritual experiences (svānubhūti) and intuition form the foundation for the works of saint-poets. Though they do not generally come across as propounders of any particular philosophical systems; the philosophical gleanings in their literary works frequent, natural, and easy.

The most remarkable contribution of saint-poets is the doctrine of Bhakti – total devotion or surrender to the Almighty. Most of them are torch bearers of the Bhakti movement, and ultimate devotion to God forms an integral part of their life, personality, teachings, and literary works. Jñāneśvara from Maharashtra and Kabīra from North India are two of the most respected and popular names among saint-poets.

The present paper attempts to explore the wonderful blend of spiritual and social orientation in their compositions. With this viewpoint, special focus of study has been kept on Amṛtānubhava of Jñāneśvara and dohās of Kabīra, representing the above two viewpoints respectively.

The great saint who laid the foundation of Bhakti cult in Maharashtra through Vārakarī tradition, was born in 1275 CE. His ancestors lived in Āpegāva, on the bank of river Godāvarῑ. The influence of Nātha sampradāya and devotion to Lord Viṭṭhala of Paṇḍharpura ran into the family. His parents Viṭṭhalapanta and Rukmiṇῑ lived in Aḷandῑ for some period. Later, Viṭṭhalapanta left home and went to Banaras to become a sannyāsῑ. He was named Caitanyāśrama. His preceptor Rāmāśrama later came to know of his real identity, and sent Viṭṭhalapanta back to Āḷandi to fulfill the duties of a householder. Four children- Nivṛttinātha, Jñānadeva, Sopānadeva and Muktābāī, all with extraordinary spiritual capacities, were born to the couple in the course of twelve years.

The family was excommunicated and harassed by society. Both Viṭṭhalpanta and Rukmiṇῑ sacrificed their lives as expiation. In spite of it, the orthodox Brahmins of Āḷandi continued to trouble the children. They demanded a certificate of purity from the Pundits of Paiṭhaṇa. The siblings were ridiculed by them as well; but they were compelled to issue it after Jñānadeva caused a buffalo to recite Vedic hymns. All the siblings wrote extra-ordinary mystic compositions, and positively impacted the then society. Jñāneśvara took sañjīvana samādhi in 1296 CE.

The available literary works of Jñāneśvara are –

This extraordinary verbal expression of Jñāneśvara is the product of everything known by his intellect, sensed by his intuition, and experienced by his sensitivity. The great philosophical work consisting of 807 ovῑs was originally not divided into chapters by the author. However, commentators have divided the same in ten chapters for ease of understanding. Contents of these are as follows –

Highlights of the contents of Amṛtānubhava –

Khaṇḍobā– Mhāḷasā, originally from śaiva tradition, is an extremely popular divine couple on the border of Maharashtra and Karnataka. The vaiṣṇavas consider the goddess as Mohinī, the enchanting female form adopted by Lord Viṣṇu. This is a remarkable example of the confluence of the two cults.

This conventional couple has been elevated to universal level by the author. Oneness of the primary principles of creation, designated as Śiva- Śakti by Jñāneśvara has been projected at many junctures in Amṛtānubhava.

Oneness of these principles is of the nature of a pair of lips uttering the same      word or a pair of eyes witnessing the same sight.

Existence of both is on the same level. Both are products of the same luster. They    exist as one, right from the beginning of the universe.

It is stated that the outwardly difference between the two is just illusionary. A faint reminder of the modern idea of masculinity in females and vice versa, the thought infiltrates without the slightest touch of abnormality.

The apparent difference between male and female form is just illusionary.

Jñāneśvara has refuted the Sāṅkhya theory of Dualism, Nihilism of the Bauddhas and Ajñānavāda of Śaṅkarācārya. His theory of Cidvilāsavāda or Sphūrtivāda is the essence of Amṛtānubhava. According to it, māyā which is non-different from Brahman is the thriving power (spandaśakti) of the Supreme. The author has used beautiful examples of the ripples on water and the luster of a precious jewel in the course of explaining that māyā has no resort other than Brahman.

Engagement of the Supreme principle in self play is just like water playing with itself in the form of circles created on it.

Devotion is the next stage of cidvilāsavāda. However, the devotion of Jñāneśvara is neither objective, nor a mere personal sentiment. It is the constantly thriving stream of love in the heart of paramātmā. In other words, love of god for himself.

Even Yoga and Knowledge rest in the presence of genuine devotion. This idea is similar to the one in Nārada Bhaktisūtras. 6

Strong undercurrents of knowledge from Upaniṣads, Yogavāsiṣṭha and Śaivadarśana can be felt during the study of this work.

Amṛtānubhava is of the nature of siddhānuvāda– a composition based on own spiritual experience by the enlightened one, intended for the receptor who is qualified with sādhanacatuṣṭaya.

Kabīra occupies a unique place among the saint-poets of India. This rebel saint who lived during fifteenth century hails from North India. There are a number of controversial views regarding his birth stories, parentage and religion. The point of agreement is that he was brought up by a weaver named Nīru and his wife Nimā from Banaras. He had no formal education. His spiritual guru was Rāmānanda. The followers of Kabīra include people of all religions and castes.

When Kabīra died at Malghar in Basti district of Uttar Pradesh, a dispute arose between his Hindu and Muslim followers regarding the disposal of his body. While they argued about cremation or burial, a divine voice was heard. When the cloth cover on the body was lifted, there was no body but just a heap of flowers. Half of those were dealt with as per Hindu rituals and the other half as per Muslim rituals.

Many Indian scholars have stressed the heterogeneous character of Kabīra’s language. While some regard his reference of ‘purbῑ bolῑ’ as old Avadhῑ, the explanation by Parshuram Chaturvedi is convincing. He equates the word with the ultimate spiritual state of yogis. According to S. S. Das, the first editor of Kabīra Granthāvalῑ, Kabīra’s language is ‘Pañcamela khicaḍῑ’ that is, a mixture of many.7

The multihued fabric of Kabīra’s life is woven with warps and wefts of poetry, philosophy, yogic and spiritual experience, and above all Bhakti. Most importantly, his words come naturally through similes in daily life which common people can identify with.

Kabīra appeals to people earnestly to search for God within themselves, not anywhere outside. This principle of ‘Oneness of Jῑva – Īśwara’ is projected with amazing ease by Kabīra. A few examples have been cited below.

God resides within us just like eyeball within the eye. Foolish people search for Him outside.

Just like the oil in sesame seeds and fire in flame stones, your beloved is within you. Realize if you can.

Fragrant musk is in the navel of the musk deer while he wanders in forest in its search. Similarly God is present in every entity but the world fails to notice.

The Divine stated above finds subtle expression at times, where it is portrayed as devoid of attributes.

That formless Supreme is neither shell nor ocean nor the droplet of rain   water. It is the pearl born in the peaceful lake of the innermost mind. Search it there.

Nothing in me is mine. I surrender everything as yours.

I was chasing the Supreme one. But He resides within everyone. After     knowing   it, I became inseparable with everyone and all became my own.

Kabīra gives tips of practical relevance contributory to good social and personal conduct. Noble behaviour has always been regarded as one of the essential traits of a saint.

Cleaning the body is meaningless if the mind is not clean. Fish carries bad odour in spite of being in water and washing often with water, too.

Work scheduled for tomorrow should be done today and that planned for today should be done now. Destruction can happen in a moment, when will work be accomplished then?

Kabīra disbelieved in all kinds of external artificial rituals. He strongly criticised hypocrisy in all religions. These sentiments find expression through many of his dohās.

What is the use of shaving the head repeatedly to become a sanyasi? Why not shaving off the ill thoughts in the mind instead?

The tall structure of Masjid is constructed by using big stones and building  blocks, The preacher will recite religious words loudly from the top. Is the  Almighty deaf?

Deepest advaitic principles find beautiful expression through the simple yet powerful words of Kabīra. The classic example is –

When an earthen pot full of water is placed in water, there is water both outside and inside. Waters merge when the pot breaks. The learned have told this truth.

An attempt has been made above to draw a quick line sketch of two prime names in the cultural history of India. Observations can be summarized as follows-

The doctrine of Bhakti according to both is different from the conventional one as the personal sentiment involving total devotion to God. The non- dualistic nature of Bhakti is clearly expressed by Jñāneśvara in a beautiful illustration of a person looking at his own fair reflection in the mirror. Initially the eyesight of the person discards the glass and perceives the reflection. Then the ‘man-ness’ in the reflection is given up and the watcher enjoys pure delight of his existence. Similar is the process by which the devotee experiences Divine joy without duality. He worships god as ornaments worship gold, as fragrance worships sandalwood, or moonlight worships moon. 11

Kabīra strongly believes that remembrance of God is the only true expression of Bhakti which can ultimately take the devotee not only to the anāhata nāda but to the creator of it.

The experience of Divine sounds by the meditator is not the culmination point. The Lord who plays the same can be reached only through true devotion.

The foundation of their compositions is the Supreme without attributes. In the course of exposition of the same, Jñāneśvara follows Chidvilāsavāda. Although Kabīra does not designate any such system, one wonders if the mindset can be called ‘Muktādvaita’.

Culmination of the journey of both is the same. However, the difference is evident in the temperament. Jñāneśvara with his affectionate tone comes across as ‘Universal empathy impersonated’ while Kabīra, with his frank style is ‘the phakīra incarnated’. Jñāneśvara is lovingly addressed as Jñānobā māulī while universal viewpoint is not central to Kabīra. He is the advocate of individual practice.

(This paper was presented at the Conference on Oneness jointly organized by Indic Academy and Chinmaya Vishwavidyapeeth (CVV) that was held in October 2019 in Kochi.)

Shobha Sahasrabuddhe has completed MA and M.Phil in Sanskrit, and is currently pursuing PhD in Tantrayuktis from University of Mumbai. She is working as anRead more