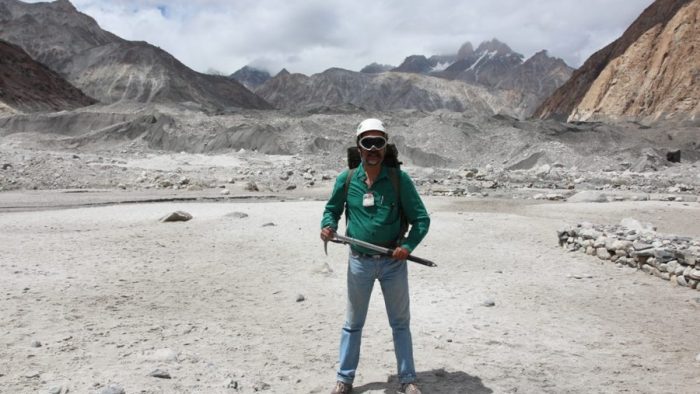 Born and brought up in Mumbai in a family of doctors and engineers, Sanjeev Nayyar grew up in a normal middle-class household. He qualified as a Chartered Accountant in 1985 and joined the corporate world working in many different companies like Hindustan Levers, ITC Classic, and Star TV in a career spanning over 14 years.

Traveling had been a passion for him. A trip to Mount Kailash in 1998 however affected an incredible inner change in him. He was the most vocal among the group of pilgrims and yet while returning he turned inexplicably silent. The aloofness did not go unnoticed at home. Earlier, life for him was about himself and things from his point of view. Now he felt a reversal of perspective, life became more about what he could do for others. He felt connected to his own Self and a new meaning and purpose emerged from that. 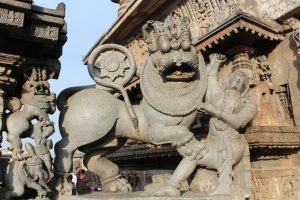 In his own words Sanjeev describes the ensuing period, “On my return I read books on culture and spirituality for about 6 months and friends teased me that I was on my way to become a Swami, till a partner of Ernst and Young with whom I had worked earlier called to say he had an assignment for me.” By mid-1991 Sanjeev decided to switch to consulting. Meanwhile, he also started writing short articles on Indian history and culture.

Around 2000-2001 a friend’s son Niket Vaidya, whom Sanjeev was helping to raise money for a dotcom company, gave him the idea of creating a website to showcase his own writings on history and culture. That is how eSamskriti came into existence. Initially there were only about 25 articles and 30 pictures, most of them a result of questions that his friends would send him on related topics. In this new venture, Sanjeev tells us, his experience as a CA came in handy. He understood the importance of data-based and factually accurate writings, and he would ensure that the same qualities would be reflected in his articles and short precis. Though business consulting and eSamskriti went on in parallel, his heart clearly leaned more towards writing.

Around 2003 a huge controversy regarding investments in news channels by foreign companies like Newscorp brought a new opportunity for him. A friend Probir Roy asked Sanjeev to write about the existing legal structures for news channels, given his experience as an ex-CFO for Star TV India. His consequent article was published in Business Standard and which marked his entry into the world of newspaper columnists. Thereafter, Sanjeev Nayyar wrote for Hindustan Times, Economic Times, Rediff.com, Firstpost.com, Indian Defence Review, DailyO and Swarajyamag. True to his style and forte, Sanjeev ensured that in all his writing he would bring an element of on-the-ground facts and unique insights distilled from them.

In 2008 eSamskriti was redesigned which attracted many new writers to the platform. All this while Sanjeev would play multiple roles as a business consultant, independent columnist, and photographer while also running eSamskriti. However, with rapidly changing technology eSamskriti soon became outdated and needed a fresh lease of design and revival. 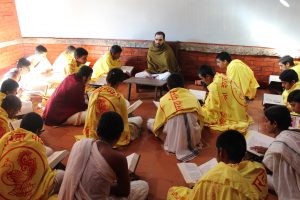 It was relaunched again in August 2017 with over 1000 articles and 12,000 photos. The inner transformation which was triggered on that fateful trip to Kailasa, kept churning and inspiring, until finally Sanjeev Nayyar decided to take the plunge into running eSamskriti full-time. He quit his consulting work and devoted all his energies on the portal along with Cross Cultural Training for Expatriates – training senior management on how to work in India – something that required him to draw from his dual experience of the corporate world and eSamskriti.

Leaving the secured life and amenities of the corporate world was not easy. Sanjeev tells us that many of his batchmates currently work in senior positions across different companies. But then, he adds, life is about conscious choices and he is extremely happy with his work for eSamskriti, considering the goal it represents and the enriching values it brings into the lives of his readers. His friends helped him when needed specially for the myriad photography tours he conducted across different places in India like Kumaon, Bastar, Bodh Gaya, Arunachal Pradesh, Anandpur Sahib, Thrissur, Orissa, Jodhpur , Jaisalmer, Jammu region, Ladakh, Hampi, Nagaland, Meghalya, Tripura and Assam; each one with the explicit aim of capturing details about the local culture of the area. His wife too has been very supportive of his efforts.

eSamskriti is driven by zigyasa (curiosity), compassion and love for India.

The portal is designed to be a unique digital platform for learning about and experiencing India through fresh eyes. eSamskriti also educates children and other groups about the Nation and its culture, tries to integrate the North East by showcasing their uniqueness, and supports the Indian Army and their efforts. Most importantly eSamskirit is an endeavour towards building and showcasing India’s softpower. 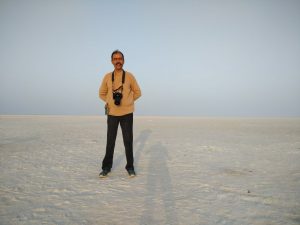 Speaking about softpower, Sanjeev believes that India must focus on building a comprehensive national strength on the triple pillars of economic, military and softpower. The enemies of the nation won’t rest so easy, therefore, only those who are persistent and continually reinvent themselves shall overcome obstacles. As an Indic site, eSamskriti is dedicated to culture, spirituality, yoga, travel and Ayurveda. These can survive and grow only when people have an understanding of current affairs too,. With this understanding eSamskriti started a Policy and Foreign Affairs segment as well.

The portal is designed and maintained by Dimakh Consultants Pune since 2002. They have been a pillar of support and done an excellent job in designing the site afresh. The server is hosted by Balasai Net Pune since the day eSamskriti started. Both of them are appreciate and supportive of eSamskriti. Two interns help with social media and photoshop of pictures, while editing is mostly done by Sanjeev, with occasional help from other learned people. Sourcing of content, speaking to authors, photographers, research, newsletter, captioning etc are all handled by Sanjeev.

In 2010 a retired banker from Nagpur, TN Sethumadhavan contacted Sanjeev after reading his article in Rediff and offered to write a chapter-wise commentary on the Gita and various Upanishads. eSamskriti has about 125 articles authored by him. Unexpected help from such diverse quarters further revitalized eSamskriti. Other friends from Dubai, Singapore, Bengaluru and Mumbai pitched in for the site redesigning effort.

The rapid expansion of eSamskriti has necessitated the need for more funding. From next year Sanjeev plans to raise about 30% through advertisements as the site traffic sees organic growth and becomes a valuable advertising platform for marketing communication and branding, with the rest coming in from individual and personal contributions. By 2022 the site hopes to get 75% of its cost from advertisements with the balance coming in through contributions. eSamskriti is also trying to raise funds through ketto. One of the main purpose for seeking crowd-funding is to have an in-house panel of editors and writers, while Sanjeev can be free to focus on the creative and marketing aspects.

Create something that outlives us.

Sanjeev Nayyar is a believer in Dharma which he sees as righteousness, duty and nurturing. A culture of open mindedness, support for logic, belief in eternity, law of karma, ethical teachings etc allowed a peaceful coexistence of the diverse schools of darsana in India, and it is this thread of unity which Sanjeev tries to weave into his life and work. Some of his favorite books are Holy Gita by Swami Chinmayananda, India’s Rebirth by Sri Aurobindo, Karma & Reincarnation by Pandit Rajmani Tugnait, The Himalayan Tradition of Yoga Meditation by Swami Veda Bharati etc. Lives of great men like Veda Vyasa, Sardar Vallabhai Patel, Swami Vivekananda, Maharshi Aurobindo, Chhatrapati Shivaji Maharaj, Guru Govind Singhji, Dr Bhimrao Ambedkar, and Veer Savarkar, to name a few, inspires him to carry on his journey of bringing Dharma to the lives of the many faithful readers of eSamskriti, and to create something that would outlive him.

To get regular updates from eSamskriti readers can subscribe to the newsletter at the portal.