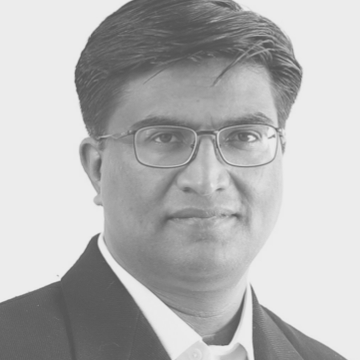 Srinivas Udumudi is the director of Indic Academy, founded by well-known philanthropist thinker Harikiran Vadlamani. Indic Academy strives to bring to forefront and create conditions for blossoming of ancient Indian thought that has universal relevance and thus to the modern world. Indic Academy supports scholars and institutions which specialize in traditional Indian thought and are able to critique established intellectual architecture that underpins modern academic, political and social institutions today. Srinivas Udumudi works with various organizations and scholars in designing courses and workshops on various aspects of Indian thought. He is also the Member of the Editorial Advisory Board at Indic Today.

Srinivas is the Hyderabad chapter coordinator for Indic Book Club, a sister organization of Indic Academy which has emerged as the sole goto organization worldwide which supports writers who write on subjects based on Indic civilizational thought and values. Srinivas Udumudi heads India’s premier genetics and genomics research and services organization based out of Hyderabad. Srinivas did his B.Tech in Computer Science from REC Warangal (now NIT) and Masters in CS (Artificial Intelligence) in the US, and has over 25 years of industry experience. He has deep interest in carnatic music, Indian philosophy, Western continental philosophy, and intellectual history of India and the world.

Swami Medhananda, also known as Ayon Maharaj, is a scholarly monk of the Ramakrishna Math and Mission.  In an exclusive interaction with Indic Today, he talks about the importance...

Conference on ‘Polytheisms Today and Tomorrow’ : Call for Papers

The Center for Global Polytheist & Indigenous Traditions is pleased to announce a call for papers for its first online conference “Polytheisms Today and Tomorrow” to be held on...