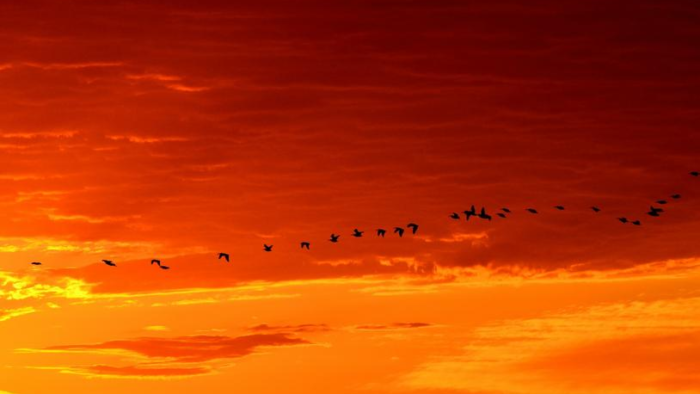 “Faith is the bird that sings even when the dawn is still dark”, says Rabindranāth Tāgore. As he was an erudite poet grounded in Sanātana Dharma, we can assume that, by faith, he meant śraddhā.

Śraddhā is the wife who smears sindoor on her hair parting or celebrates karvā chauth, or the man who applies bhasma or does sandhyā vandana, or the people who undertake Chār Dhām, Wāri or Sabarimala yātras, or the elders who keep Ekādaśi vratas, or the sons who do pitr-kārya for their departed parents, or the sisters who ties the rākhi for their brothers, and so on.

Demand for Proof – the modern obsession

Such śraddhā was easier for our previous generations, but modern education and a materialistic culture has made us very skeptical of even time-tested practices. We seek proof on a platter for the realm of adhyātma, yet most of us will not take the effort to discover the proof ourselves by either learning from a guru or contemplating on a teaching or pursuing a practice diligently for a length of time. By the time we realize our folly, it may be often too late.

What do we mean by proof today? Have all the proofs that we pride ourselves to base our beliefs on, always led to permanent, changeless truths?

Within barely a couple of centuries, scientific theories, medical treatments, guidelines on health, psychology, farming, economics and narratives of history have changed, evolved and sometimes even been radically contradicted by subsequent findings.

Such changes in theories are sometimes unintentional and quite natural but several are also often driven by self-serving people or corporations. For example, Nestlé claimed for decades using doctors’ opinions that its infant formula was much better for children and demonized breast milk1. Can we imagine that for decades in the 20th century, the medical community partnered with tobacco companies to claim that cigarette smoking was healthy?!2 Today, fake news and memes from the opportunistic and harmful trouble-makers have succeeded in creating a healthy skepticism for any “research” that emerges. (Note : Needless to say, this does not mean we discard facts or research, but that we don’t need to submit to them blindly either)

This over-insistence and over-reliance on material proof in the form of “research” likely came as a counter to the blind insistence on faith and denial of science demanded by the Abrahamic faiths. (To be fair, some Hindu traditions have also created skepticism, since explanations for many traditions have been lost due to the dismantling of the Indic educational system and dilution of our karṇa paramparā – our verbal lore).

This insistence on submission to the words of a book and the harsh consequences for blasphemy and heresy, even to the extent of the inquisition and fatwas, has led to cognitive dissonance (an internal contradiction that causes confusion and denial). Such skeptics understandably try to over compensate by demanding documented proof for many concepts.

In contrast to both blind faith, śraddhā has a very specific meaning in Sanātana dharma. We should, hence, use the word as is instead of translating it as faith or belief.

Śraddhā – an untranslatable word – appears many times in our śāstrās. Śraddhā is made of 2 sanskrit roots – Śrat (truth) and dha (holds) – it holds the truth or is the pathway to the truth. Śri Adi Śankarāchārya refers to śraddhā as one of the six-fold inner wealth – the ṣatka sampatti – that is crucial for progress in the spiritual path.

Śraddhā is not a simple-minded blind faith where one puts away one’s already-meagre thinking capacity to rest, and believes unquestioningly in the words of some book or some wise man. It is cultivated after a period of independent exploration or through the direct experiences and recommendations of trusted people. It neither demands complete acceptance of the words nor does it preclude any number of clarifying questions.

Viveka chudamani defines it as below –

Starting from a position of śraddhā – accepting shastra and guru to be communicating only the truth – one then will gain the knowledge.

śraddhāvān labhate jñānam – Śri Krishna, the Gitāchārya exhorts (Bhagavad Gitā BG 4.39) that the one with śraddhā alone will attain knowledge. Yet, even before stating that theory, the same Krishna asks us to go to a guru and ask questions – pariprashnena sevaya (BG 4.34), indicating that śraddhā does not mean blind acceptance. Throughout the Bhagavad Gitā, Krishna patiently responds and actively encourages Arjuna’s questioning, so that Arjuna gets complete clarity to guide his own actions rather than be suffocated with doubts and misgivings. Towards the end, Krishna doesn’t demand complete obedience to his teaching, but calls on Arjuna to vimṛiśhyaitad aśheṣheṇa yathechchhasi tathā kuru (BG 18.63) – “contemplate on my teaching completely and then do as you wish”.

Chaitanya Mahāprabhu claims that śraddhā is the first step in Bhakti yoga, without which one cannot progress at all. Without this śraddhā, all practices will be just pretence to impress others and not result in true devotion.

An important way in which śraddhā differs from faith is that one is required to replicate the methodology by oneself and gain the result for oneself. What is the benefit to us if a great master (whether they be a son of god or prophet or a rishi) alone gets access to a certain knowledge and gains a certain realization? Benefits accrue to us only if we can also walk that path and find the truth ourselves.

Sanātana Dharma urges the seeker to replicate the tried-and-tested thinking and methodology to gain the result for oneself. They are encouraged to deploy the three stages of acquiring knowledge – śruti, yukti and anubhava. One is asked to learn what the śruti, smritis and related works says, but proceed to reason about it in one’s own mind (using proper analytical techniques such as those outlined in nyāya śāstras) and finally, to “experience” the truth directly with time and practice.

Through this process, the knowledge becomes “aparokśa”, one’s own direct or immediate knowledge rather than “parokśa”, that is merely written in some book or spoken by someone else.

Śraddhā generally is prescribed for adhyamika, i.e., spiritual and religious purposes. However, it is also needed for other vyavaharika, i.e., transactional purposes too. The following subhāshitā extends this śraddhā to many realms that we question today.

Mantras, dips in holy rivers, brahmanas, devatas, yagnas, doctors and gurus – all of these will give their intended benefits only when we have the śraddhā bhavana towards them.

Imagine going to a doctor but having no śraddhā in him or her. We will not follow their instructions properly but will blame them for ill health. There is psychology in these too – this śraddhā also explains the placebo effect of many medicines and procedures!

Śraddhā, for example, in Gāyatri mantram, in teertha yātrās, in Vaidika brāhmanas who perform our pujas and homas, are all relegated as backward today by the so-called educated, urban elite. Thankfully, the so-called lower class in rural and semi-rural are the ones carrying on the śraddhā for such practices. 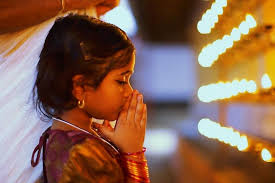 Śraddhā – a value to be cultivated

Śraddhā is not a gift one is born with. One has to cultivate it. When one takes a medicine initially, we may do so with skepticism about the doctor’s expertise. When that medicine helps us, our trust in the doctor increases. Since this is in the realm of our immediate perception, we are able to immediately increase or lose our śraddhā.

However, in the subtler, inner realms of upāsanā, sādhanā and jnāna, we are not easily able to perceive results or measure the transformation immediately. These require deep contemplation with persistent, consistent application over a long period of time, years and even decades. When we start seeing some benefits, the śraddhā increases and then, we commit to it even more. It is a virtuous cycle that only leads to our betterment.

Clearly, one has to walk the fine line of śraddhā and not fall into blind faith. If a system or a guru calls for unquestioning submission (and threatens dire results without that submission), it is prudent to be wary.

Śraddhā is a virtue that deserves to be discussed, role modeled and inculcated in children, not through force, but with wisdom.