Understanding Hinduism: I. Introduction to Hinduism 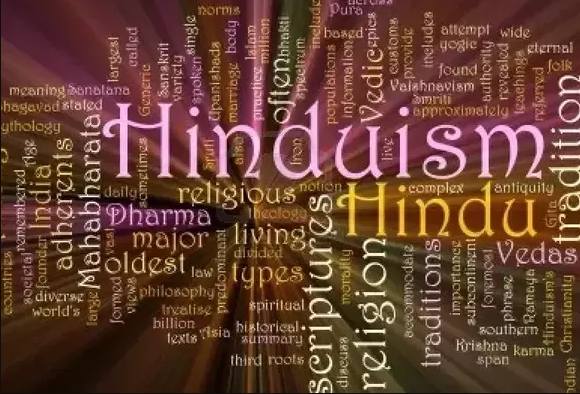 (This is the first part of a series of articles on Hinduism.)

Hinduism is the major religion of India with a worldwide following of over a billion people. In its original and purest form, it is a sanātana dharma (loosely translated as ‘eternal truth’ or ‘timeless religion’) that represents at least 7,000 years of contemplation, tradition, and continuous development in India. One who follows Hinduism is called a ‘Hindu’ (the term originally referred to a person who lived beyond the Sindhu River, in undivided India). Hinduism has no single founder. Many ancient seer-sages, both men and women, contributed to its scriptures. Hindu scriptures are numerous and diverse. Most of them are written in the Sanskrit language. Sanskrit, like Latin, is the root language for several languages, and both Sanskrit and Latin belong to the same language family.

Ṛṣis (the seekers of truth, seers) of ancient India contemplated on creation, human nature, refinement of basic human instincts, purpose of life, working of the physical world, and the metaphysical dimensions of the universe. The collective contemplations of the ṛṣis is called Veda. The literal meaning of the word veda is ‘to know’ or ‘knowledge.’

The ṛṣis taught this collected wisdom to their disciples, who in turn taught it to their disciples. Thus, this knowledge was passed on, intact, for many generations, without a single word being written down. Even today, traditional students learn Vedas orally from a guru (teacher). A verse from the Ṛgveda (X.191.2) poignantly captures the intellectual atmosphere of those times:

Come together, speak together,

Let your minds be united, harmonious;

The final portion of the Vedas, called Upaniṣads or Vedānta, contains anecdotes, dialogues, and discussions that deal with body, mind, soul, nature, consciousness, and the universe. Of the several Upaniṣads, ten are recognized as the most important: Īśa, Kena, Kaṭha, Praśna, Muṇḍaka, Māṇḍūkya, Taittirīya, Aitareya, Chāndogya, and Bṛhadāraṇyaka.

Post-Vedic texts form another set of scriptures, the smṛti, which were composed by a single author and later memorized by future generations. The term smṛti is also used while referring to the dharmaśāstra texts in general and to the works of sages like Manu, Parāśara, etc. in particular.

The Bhagavad–Gītā (or simply ‘Gītā’), which is a small part of the epic Mahabharata, is an important and widely read scripture of Hinduism. It is one of the most comprehensive summaries expounding the core philosophy of Hinduism. 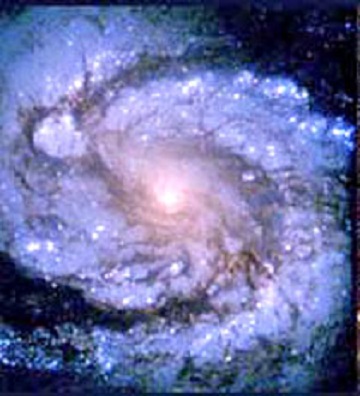 The Sanskrit word for Creation is sṛṣṭi, which means ‘pouring forth.’ It is not ‘creation’ but rather an outpouring, an expansion, a change. The idea of creation is discussed in different ways in the Vedas.

The celebrated hymn Nāsadīya Sūkta proposes a brilliant conceptual model for creation while another, the Hiraṇyagarbha Sūkta raises and answers many questions about god and creation. Yet another hymn, the Puruṣa Sūkta describes in detail the process of creation. Amidst all these varied views, there is a single underlying idea: ‘one became everything.’

Another contention is that the concept of god is subsequent to creation. Hinduism has many gods but only one Supreme or Universal Spirit. The Vedas make a clear distinction between god and Brahman, the Supreme Spirit, which is beyond all creation and destruction.

In Hinduism, god can either have a form or can transcend form. Among the gods with form, there are many varieties: gods can be male, female, half-male and half-female, or in the form of various animals, birds, mountains, trees, planets, stars, and other elements of nature.

The Hindu timeline spans trillions of years and time is considered cyclical rather than linear. So we have eternal time cycles one after the other with no beginning or end. The Sūrya Siddhānta, a treatise of Hindu astronomy explains the staggering timeline:

A day of Brahma spans 1,000 mahāyugas

Amāhayuga (Great Age) is made up of four yugas (Ages), viz., Satyayuga, Tretayuga, Dvāparayuga, and Kaliyuga. In human terms, amāhayuga is 4.32 million years. A day of Brahma (the god of creation), spanning a thousand mahāyugas, equals 4.32 billion human years, which is the time he is active and thus enables activity in the universe. This period is called a kalpa (cosmic cycle). During the night of Brahma, all creatures are dissolved only to be brought forth again at the beginning of the next day (i.e. the next kalpa).

The Hindu Conception of Space

The notion of space is similarly superlative in Hinduism. Traditionally, the universe is divided into three realms – earth, sky, and heaven, but there are other kinds of divisions of space. The Mahāsaṅkalpa (one of the traditional texts on rituals) talks of fourteen worlds – seven above and seven below, with the middle one being the earth – in the anantakoṭibrahmāṇḍa (the infinite cosmos).

On the earth, it identifies seven dvīpas (islands); each dvīpa is divided into nine varṣas (subcontinents); each varṣa is divided into nine khaṇḍas (provinces). It also mentions ten forests, thirty-five rivers (seven main rivers with five tributaries each) and several mountains that are found in India (jambūdvīpa, bharatavarṣa).

Hindu sects are many and they often follow their own set of traditions and customs. While they seem very divergent, they have an underlying unity. Hinduism provides complete freedom and openness with regard to beliefs, practices, and philosophies of its followers.

Hindu values include harmony, tolerance, righteousness, respect for nature, and respect for the supreme. Hinduism accepts other religions and modes of thought. Here are two verses from the Ṛgveda saṃhitā that bring out these values very nicely:

May noble thoughts come to us from every side,

Unchanged, unhindered, undefeated in every way;

May the gods always be with us for our gain and

Our protectors caring for us, ceaseless, every day. (I.89.1)

The Hindu worldview emphasizes conduct more than creed, and individual realization of truth is placed above dogma. Thus the contention that one need not read the Vedas to know the Vedas. Further, there is a notion that knowledge has to pertain to the time and location (every kalpa has its own Veda and every province has its own rules). The spirit of the Vedas will remain the same but the form will keep changing. A practical manifestation of this notion is the freedom to add a khilasūkta to the Vedas. These khilasūktas –Śrī Sūkta for example – are later additions done to the Vedas to ensure that it remains relevant for the times.

Hinduism celebrates the diversity of existence and embraces the world as part of a big family, as recorded in an ancient book of stories, the Hitopadeśa (1.3.71):

“These are my own, those are strangers” –

Thus the narrow-minded ones judge people.

But for those magnanimous hearts,

The world is but one family.

The Vedas call humans by a cheerful and hopeful name: ‘the children of immortal bliss’ (Ṛgveda saṃhitā X.13.1). We are born pure and perfect but over time we accumulate the dust of unhappiness and pettiness. The constant quest is to return to our true nature as children of bliss. A prayer from the Bṛhadāraṇyaka Upaniṣad (I.3.28) talks about the spiritual journey from ignorance to illumination:

Lead me from falsehood to truth,

Lead me from darkness to light,

Lead me from death to immortality.

Hinduism is perhaps the oldest, most diverse, and most sophisticated system of religious thought and practice, covering nearly everything that comes under the umbrella of religion and philosophy. A human lifetime is insufficient to exhaust the wisdom it has to offer, and accessing even a small portion of this vast treasure enthralls, enriches, and elevates.

(Adapted from The New Bhagavad-Gita by Dr.Koti Sreekrishna and Hari Ravikumar)

Continued in the next part…

(The series was earlier published on indiafacts.org)