History of Bharatiya Tradition of Creative Liberty in Literature 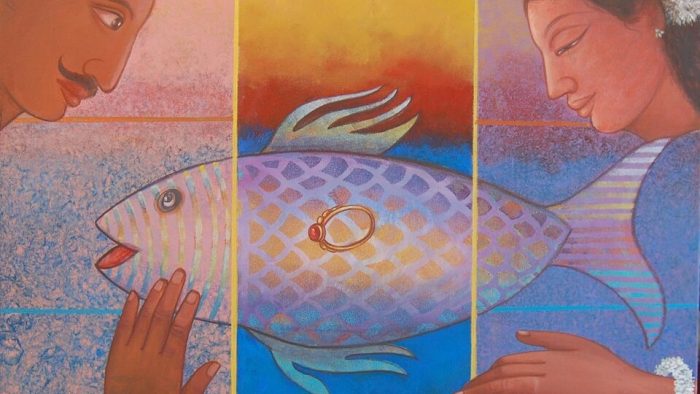 History of Bharatiya Tradition of Creative Liberty in Literature

We are seeing an increasing trend of creative literature in the recent past, that is based on the past Indian oral and written narrative and non-narrative texts. These creative works, in the case of narrative works, introduce changes in various aspects such as modifying events, places, characters, actions, etc. or introducing new events, places, characters, actions, etc. In the case of non-narrative works, authors are adding their new interpretations to the old texts. The authors of such contemporary works, in some cases, are being admired and in some other cases are being blamed for the changes that they are making. Authors and their admirers defend the changes on the basis of/in the name of the creative liberty of the author.

Creative Liberty like all liberty has its limits. Like in the case of general liberty, in the case of creative liberty too, there is always a continuing tension between the two extreme stances in this regard. Plato wanted to banish poetry from his hypothetical ideal society arguing among other things the basis of the liberties that the poets take with the gods and goddesses and the facts (narratives) about them. In all indigenous and traditional cultures, there has always been a strong resistance to take liberties with the sacred narratives, on the very basis of the narratives being sacred. Indic culture is no exception to this.

But sacred Hindu narratives including Itihasas and Puranas, like all oral literature, have multiple versions of the same narrative. ‘Folk’/ ‘Popular’ versions of the established Itihasas and Puranas like Ramayana, Mahabharata, and Bhagavata are abundant. Mis’retivritta = mixed plot, plot with poet’s creative changes to the prakhyaata = established version of the plot has been a well-accepted tradition in the Bharatiya poetic tradition in Sanskrit and regional Indian languages. But what is interesting is that the changes in the established version brought in by the folk / popular versions or by the poets always were within certain boundaries of the established/accepted spirit of the narrative in consonance with the cultural tradition.

During the modern or colonial and post-colonial periods of Indian history, this creative liberty being within the boundaries of the established spirit has been questioned and violated by the authors with anti-traditional ideologies. They came up with creative narrative works with versions opposing in spirit to the original one as a rebellion against the established narratives and their spirit. But during this same period, the creative liberty being exercised well within the established spirit of the traditional narratives also is found in a large number of creative works of literature. Contemporary works can not always be clearly demarcated in terms of these traditional and anti-traditional approaches to creative liberty. The same work can have changes that adhere to the tradition and those that do not adhere too.

Given the current trends, it is a good time to reflect upon contemporary admiration and accusations of the creative retellings of the traditional Indic narratives. Such an academic endeavor can be fulfilled from the point of view of the presence or absence of rigid resistance to creative liberty, and acceptance of it with or without any opposition to the anti-traditional approach to creative liberty.

Indic Academy’s Inter Gurukula University Center offers a short term research fellowship to work on this issue of History of Bharatiya Tradition of Creative Liberty in Literature focusing on the contemporary responses to the contemporary creative works based on traditional oral and written texts while briefly tracing the history of creative liberties taken across various time periods in the past.

Interested scholars may send their statement of Interest along with their CV to namaste@indic.org.in The fellowship will be for 3 months and suitable remuneration will be offered based on the discussion with the research scholar.