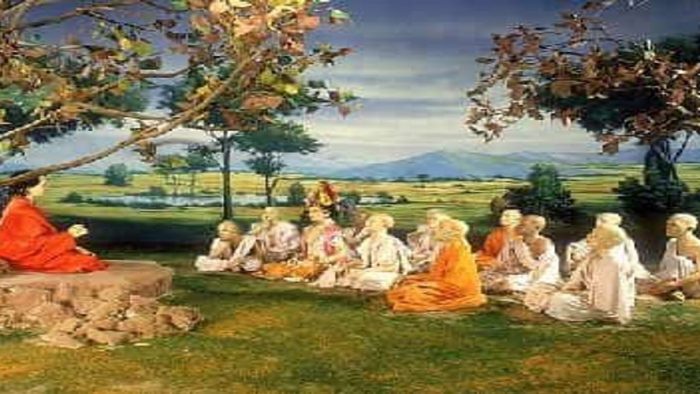 Indic civilization is nurtured by the institution of Guru-Sishya Parampara. Indic Academy is celebrating and honoring the contribution of 108 gurus worldwide of which 25 gurus are from Telugu speaking states who are being felicitated this Sunday as part of our Grateful2Gurus program.

Indica Hyderabad will be felicitating 25 Gurus from both Telugu states on 29th September 2019.  The event will be held at the NTR Auditorium, Telugu University, Near Public Gardens, Nampally, Hyderabad from 4;30 pm onwards.

One very important initiative that we at Indic Academy are particularly proud of is recognizing and felicitating academics, authors, artists and others under our #Grateful2Gurus program. Starting in 2016-17, with the felicitation of 6 venerable scholars, we linked up this program to Gurupurnima during the year 2018 and felicitated 11 outstanding contributors to our Dharma. During the year 2019, we decided to extend and reach out more and venerate 108 Gurus. We called for nominations announcing the same on various platforms and received an overwhelming response of hundreds of suggestions. From these nominations, our internal committee shortlisted 108 names. 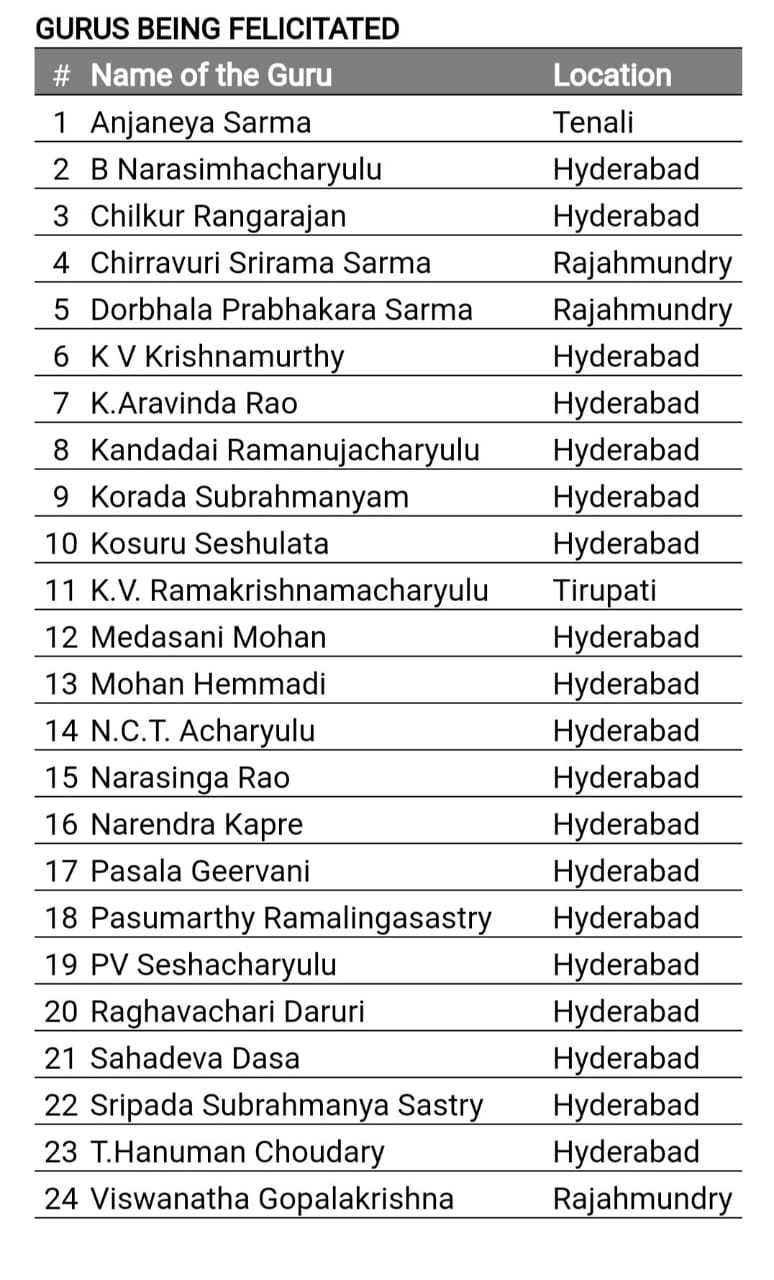 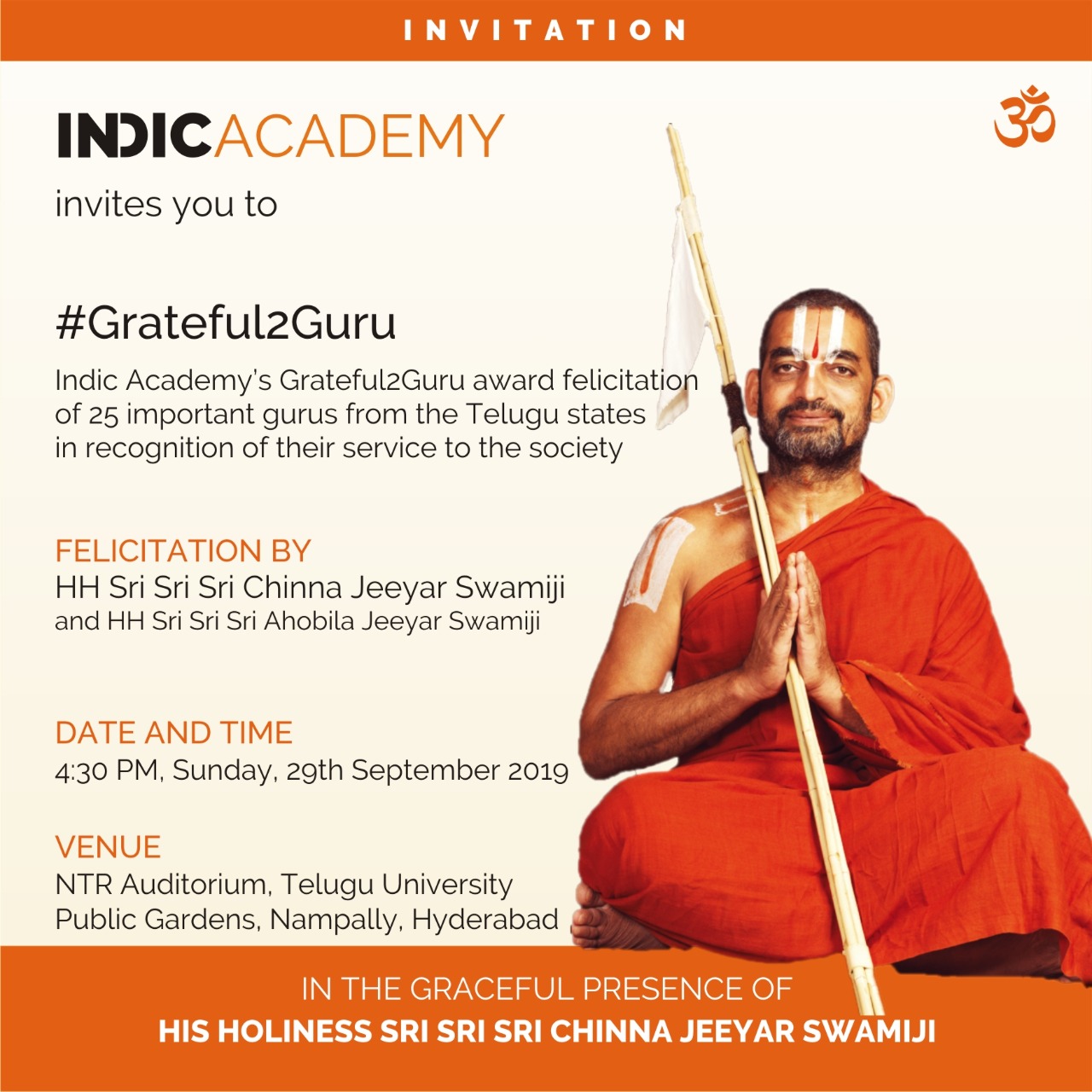